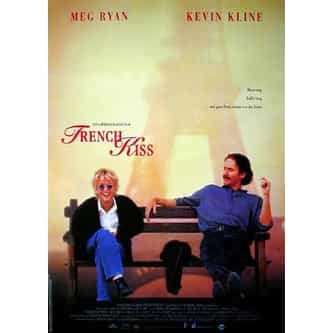 French Kiss is a 1995 American romantic comedy film directed by Lawrence Kasdan and starring Meg Ryan and Kevin Kline. Written by Adam Brooks, the film is about a woman who flies to France to confront her straying fiancé and gets into trouble. ... more on Wikipedia

French Kiss IS LISTED ON