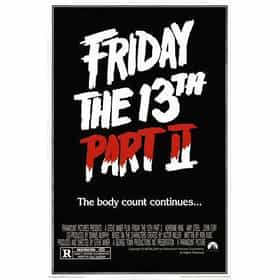 Friday the 13th Part 2 is a 1981 American horror film directed by Steve Miner. It is a direct sequel to Friday the 13th, picking up five years after that film's conclusion. The film marks the first time Jason Voorhees is the antagonist. Stylistically, Friday the 13th Part 2 reproduces certain key elements that made the original Friday the 13th a sleeper hit in 1980, such as first-person camera perspectives, gory stalk-and-slash scenes, and campground settings. ... more on Wikipedia