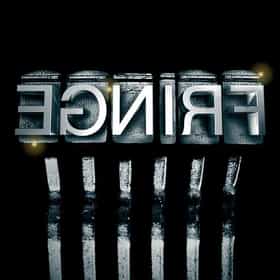 Fringe is an American science fiction television series created by J. J. Abrams, Alex Kurtzman, and Roberto Orci. It premiered on the Fox Broadcasting network on September 9, 2008, and concluded on January 18, 2013, after five seasons and 100 episodes. The series follows Olivia Dunham, Peter Bishop, and Walter Bishop, all members of the fictional Fringe Division of the Federal Bureau of Investigation, based in Boston, Massachusetts, under the supervision of Homeland Security. The team uses fringe science and FBI investigative techniques to investigate a series of unexplained, often ghastly occurrences, which are related to mysteries surrounding a parallel universe. The series has been ... more on Wikipedia

The Best Seasons of Fringe 267 votes List of the best seasons of Fringe, ranked from best to worst, with DVD cover images when available. Fans of Fringe are very...
The Most Important Episodes Of 'Fringe' 43 votes Masterminded by J.J. Abrams and producing partners Alex Kurtzman and Roberto Orci, Fringe revolves around the FBI's "Fr...

Fringe is ranked on...

Fringe is also found on...