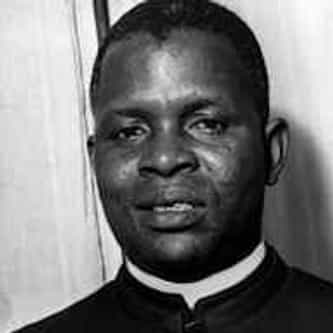 Abbé Fulbert Youlou (29 June, 17 June or 19 July 1917 – 6 May 1972) was a laicized Brazzaville-Congolese Roman Catholic priest, nationalist leader and politician, who became the first President of the Republic of the Congo on its independence. In August 1960, he led his country into independence. In December 1960 he organised an intercontinental conference in Brazzaville, in the course of which he praised the advantages of economic liberalism and condemned communism. Three years ... more on Wikipedia