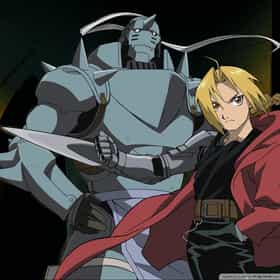 Fullmetal Alchemist is a Japanese manga series written and illustrated by Hiromu Arakawa. It was serialized in Square Enix's Monthly Shōnen Gangan magazine between August 2001 and June 2010; the publisher later collected the individual chapters into twenty-seven tankōbon volumes. The world of Fullmetal Alchemist is styled after the European Industrial Revolution. Set in a fictional universe in which alchemy is one of the most advanced scientific techniques, the story follows the Elric brothers Edward and Alphonse, who are searching for a philosopher's stone to restore their bodies after a failed attempt to bring their mother back to life using alchemy. The manga was published in ... more on Wikipedia

Fullmetal Alchemist is ranked on...