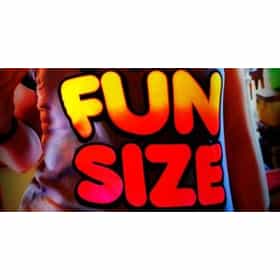 Fun Size is a 2012 American Halloween teen comedy film written by Max Werner and directed by Josh Schwartz. It stars Victoria Justice, Jane Levy, Thomas Mann, Chelsea Handler, Thomas McDonell and Osric Chau. It was produced by Nickelodeon Movies, Anonymous Content, and Fake Empire Productions and distributed by Paramount Pictures. It was the second time a Nickelodeon film received a PG-13 rating, since Angus, Thongs and Perfect Snogging, which was released straight-to-DVD in the US, and two years before Teenage Mutant Ninja Turtles, which was released in theatres. However, it is the studio's first American and theatrically released film with that rating. The film received negative ... more on Wikipedia

Fun Size is ranked on...