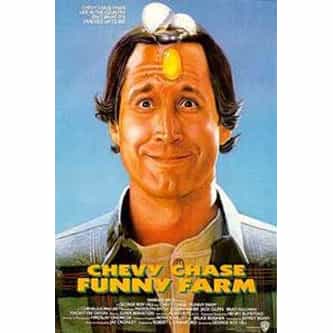 Funny Farm is a 1988 American film starring Chevy Chase and Madolyn Smith. The film was adapted from a 1985 comedic novel of the same name by Jay Cronley. The movie was filmed on location in Vermont, mostly in Townshend, Vermont. It was the final film directed by George Roy Hill. ... more on Wikipedia

Funny Farm IS LISTED ON