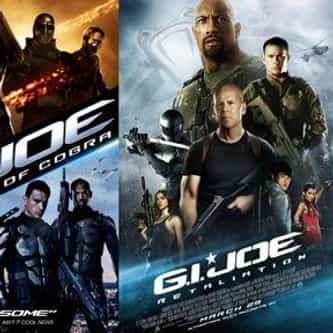 G.I. Joe is a military science fiction action film series, based on Hasbro's G.I. Joe toy, comic and media franchises. Development for the first film began in 2003, but when the United States launched the invasion of Iraq in March 2003, Hasbro suggested adapting the Transformers instead. In 2009, the first film was released under the title, G.I. Joe: The Rise of Cobra. A second film, G.I. Joe: Retaliation was released in 2013. A third film titled G.I. Joe: Ever Vigilant has been confirmed ... more on Wikipedia

303 votes The Best Characters In The G.I. Joe Movies

is one piece over, how to hide money, chen kuan tai, beefing quotes for instagram, prince zuko quotes, Gyarados nicknames, spongebob close up, funny tv quotes, celebrities who do their own makeup, scary locations in fallout 4