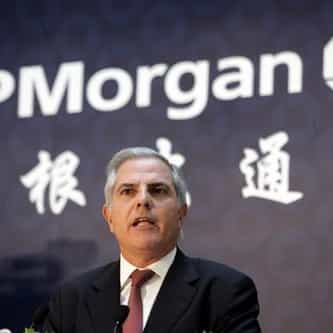 Gaby Abdelnour became the new chief executive of JPMorgan Chase's Asia Pacfic region in July 2006. Abdelnour, who had been running investment banking coverage for corporate clients in Europe, Middle East and North Africa, will be based in Hong Kong and report to Steven Black and Bill Winters, co-CEOs of the firm's investment bank. Abdelnour joined JPMorgan in 1998 as a managing director in charge of business in the Middle East and North Africa. Before that, he spent five years as a