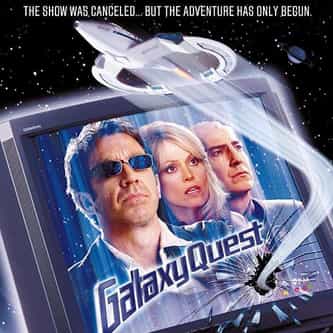 Tagline
The show has been cancelled...but the adventure is just beginning.
A comedy of Galactic Proportions

Galaxy Quest is a 1999 American science fiction action comedy film directed by Dean Parisot and written by David Howard and Robert Gordon. The film follows the adventures of a troupe of actors who defend a group of aliens against an alien warlord. Mark Johnson and Charles Newirth produced the film for DreamWorks, and David Newman composed the music score. ... more on Wikipedia

30.5k readers Why 'Galaxy Quest' Is Pretty Much The Best 'Star Trek' Movie Ever Made

Galaxy Quest IS LISTED ON