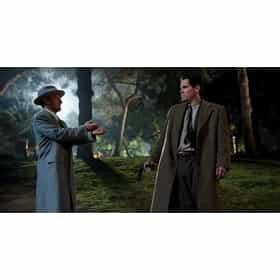 This film is a 2013 American film directed by Ruben Fleischer, from a screenplay written by Will Beall and starring Josh Brolin, Ryan Gosling, Nick Nolte, Emma Stone, and Sean Penn. The story is loosely based on the Los Angeles Police Department officers and detectives who formed a group who attempted to combat Mickey Cohen and his group during the 1940s and 1950s. It was originally set to be released September 7, 2012, but in the wake of the 2012 Aurora shooting, the release date was changed to January 11, 2013 by Warner Bros. Pictures. ... more on Wikipedia

Gangster Squad is ranked on...

Gangster Squad is also found on...