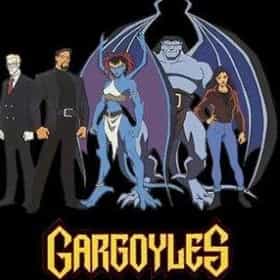 Gargoyles is an American animated series produced by Walt Disney Television Animation and Buena Vista Television, and originally aired from October 24, 1994 to February 15, 1997. The series features a species of nocturnal creatures known as gargoyles that turn to stone during the day. After spending a thousand years in a petrified state, the gargoyles are reawakened in modern-day New York City, and take on roles as the city's secret night-time protectors. Gargoyles was critically acclaimed and is noted for its relatively dark tone, complex story arcs, and melodrama; character arcs were heavily employed throughout the series, as were Shakespearean themes. A video game adaptation and a ... more on Wikipedia

If You Watched 'Gargoyles' As A Child, You Experienced The Pinnacle Of Children's Entertainment 255k views At a time when Disney was creating bright-colored cartoons that were more inspired by toy lines than anything else, they wer...
The Best Gargoyles Episodes 430 votes List of the best Gargoyles episodes, as determined by voters like you. This classic Disney cartoon mixed Shakespeare and Sci...

Gargoyles is ranked on...

Gargoyles is also found on...