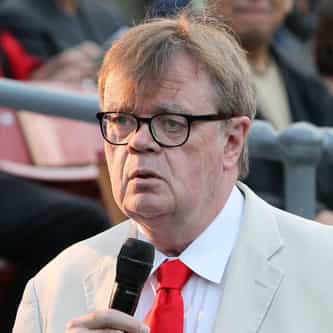 Gary Edward "Garrison" Keillor (born August 7, 1942) is an American author, storyteller, humorist, voice actor, and radio personality. He is best known as the creator of the Minnesota Public Radio (MPR) show A Prairie Home Companion (called Garrison Keillor's Radio Show in some international syndication), which he hosted from 1974 to 2016. Keillor created the fictional Minnesota town Lake Wobegon, the setting of many of his books, including Lake Wobegon Days and Leaving Home: A ... more on Wikipedia

Garrison Keillor IS LISTED ON