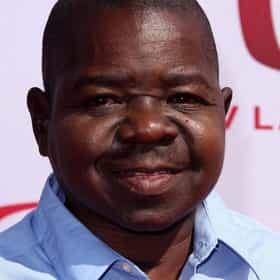 Gary Wayne Coleman (February 8, 1968 – May 28, 2010) was an American actor, comedian, and writer best known for his role as Arnold Jackson in Diff'rent Strokes (1978–1986). After a successful childhood acting career, Coleman struggled financially later in life. In 1989, he successfully sued his parents and business adviser over misappropriation of his assets, only to declare bankruptcy a decade later. On May 28, 2010, Coleman died of a subdural hematoma at age 42. ... more on Wikipedia

Gary Coleman is ranked on...

#121 of 226 People who voted for Gary Coleman... also upvote Star Trek Franchise on The Greatest Sci-Fi Movies of All Time also upvote Star Wars Franchise on The Greatest Sci-Fi Movies of All Time The Greatest Former Child Stars 419.1k VOTES List of Hollywood kids: actors who grew up on the big screen and child stars you recognize working today. While there are ma...
#155 of 505 The Best TV Actors of All Time 107.1k VOTES The greatest TV actors of all time. Some of these actors have been in movies, some of them are even more well known at this ...
#55 of 116 The Best Short Actors 50.9k VOTES Who are the best short actors? Some of the incredibly famous actors on this list are surprisingly diminutive, coming in at 5...
#11 of 22 Celebrities Who Appeared In Video Games 3.1k VOTES Celebrity cameos in video games happen all the time, but only rarely do famous people play themselves in games. There has al...
Child Actors Who Tragically Died Young 38.4M VIEWS Child actors who died young include some of the most recognizable names in entertainment. All the actors and actresses liste...
28 Celebrities Who Are Estranged from Their Parents 535.9k VIEWS   This list contains information about celebrities who are estranged from their parents, loosely ranked by fame and p...
Famous People Named Gary 39.8k VIEWS Ever wonder how many famous Gary's there are out here? Here's a list of famous people named Gary, along with photos. How man...
60+ Adopted Celebrities 506.6k VIEWS List of adopted celebrities, famous adoption people, celebrity adoptions, celebrity adoptees, famous adoptees, and famous pe...
25 of the Most Surprising Child Actor Mugshots 96.9k VIEWS It's a tale as old as Hollywood itself; child actors are always getting arrested for drugs, alcohol, or general malfeasance....
Celebrities Who Have Received Organ Transplants 645.1k VIEWS A list of famous people who have received organ transplants; celebrities who have been donated livers, kidneys, corneas an...
26 Celebrities Who Vowed To Wait Until Marriage 539.6k VIEWS A list of celebrities who remained a virgin until marriage or vowed to save their virginity until their wedding day. Just ...
Famous Model Train Hobbyists 78.9k VIEWS All aboard! Several famous musicians, actors, and TV personalities are model railway enthusiasts. Some of these celebrities ...
Noted Celebrities Who Have Filed for Bankruptcy Protection 106.2k VIEWS Top celebrities that went broke is a list of famous people that have had to file bankruptcy. These are the Hollywood stars, ...
Famous People Whose Last Name Is Coleman 4.2k VIEWS Being a fairly common name, it's no surprise there are a lot of famous people with the last name Coleman. Do you recognize a...
Famous Kidney Transplant Recipients 36.5k VIEWS A list of famous kidney transplant recipients. All types of celebrities have been included from the music industry, TV, film...
Celebrity Arrests 2010: Celebrities Arrested in 2010 137.2k VIEWS Here is a complete and self-updating list of all famous people arrested in 2010. Famous celebrity arrests are listed below...

Gary Coleman is also found on...