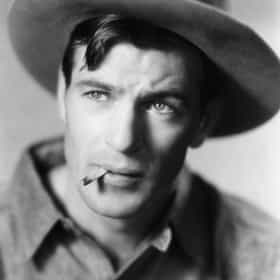 Gary Cooper (born Frank James Cooper; May 7, 1901 – May 13, 1961) was an American actor. Known for his natural, authentic, understated acting style and screen performances, Cooper's career spanned 36 years, from 1925 to 1961, and included leading roles in 84 feature films. He was a major movie star from the end of the silent film era through to the end of the golden age of Classical Hollywood. His screen persona appealed strongly to both men and women, and his range of performances included roles in most major film genres. His ability to project his own personality onto the characters he played contributed to his natural and authentic appearance on screen. Throughout his career, he ... more on Wikipedia

Gary Cooper is ranked on...

Gary Cooper is also found on...