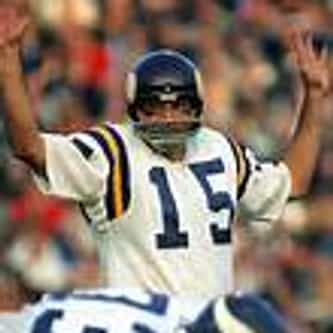 Gary Samuel Cuozzo (born April 26, 1941) is a former professional American football player. An undrafted quarterback from the University of Virginia, Cuozzo played in 10 NFL seasons from 1963 to 1972. He began his NFL career on the Baltimore Colts as a backup to Johnny Unitas. When Unitas was injured in 1965, Cuozzo replaced him until getting sidelined by injury as well, forcing coach Don Shula to use running back Tom Matte as an emergency quarterback. He was traded to the expansion team ... more on Wikipedia

Gary Cuozzo IS LISTED ON