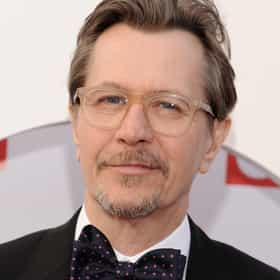 Gary Leonard Oldman (born 21 March 1958) is an English actor and filmmaker who has performed in theatre, film, and television. Known for his versatility and expressive acting style, Oldman is regarded as one of the greatest actors of his generation. Among other accolades, he has won an Academy Award, three BAFTA Awards, two Critics' Choice Awards, a Golden Globe Award and a Screen Actors Guild Award, along with nominations for an Emmy Award and the Palme d'Or. In 2011, Empire readers voted him the recipient of the Empire Icon Award. Oldman began acting in theatre in 1979, and made his earliest screen appearances in Remembrance (1982) and Meantime (1983). He continued to lead a stage ... more on Wikipedia

Gary Oldman is ranked on...

Gary Oldman is also found on...