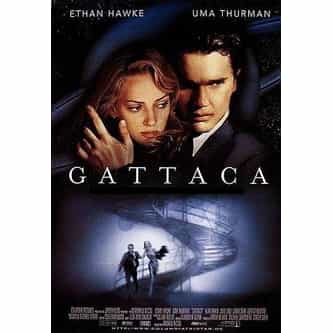 Tagline
There is no gene for the human spirit.

Gattaca is a 1997 American science fiction film written and directed by Andrew Niccol. It stars Ethan Hawke and Uma Thurman, with Jude Law, Loren Dean, Ernest Borgnine, Gore Vidal, and Alan Arkin appearing in supporting roles. The film presents a biopunk vision of a future society driven by eugenics where potential children are conceived through genetic manipulation to ensure they possess the best hereditary traits of their parents. The film centers on Vincent Freeman, played by Hawke, who ... more on Wikipedia

1.4k readers 'Gattaca' Is An Underrated '90s Classic That NASA Called The Most Plausible Sci-Fi Film Of All Time

Gattaca IS LISTED ON