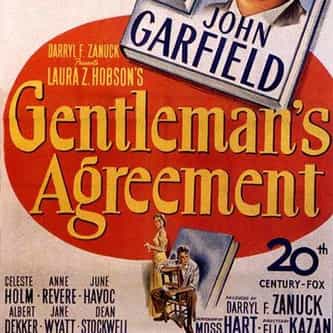 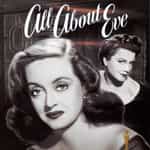 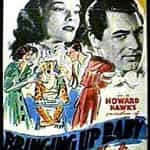 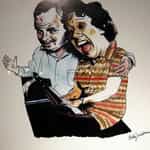 Gentleman's Agreement is a 1947 drama film about a journalist who poses as a Jew to research an exposé on antisemitism in New York City and the affluent community of Darien, Connecticut. It was nominated for eight Oscars and won three: Best Picture, Best Supporting Actress, and Best Director. The movie was controversial in its time, as was a similar film on the same subject, Crossfire, which was released the same year. Gentleman's Agreement was based on Laura Z. Hobson's 1947 novel ... more on Wikipedia

Gentleman's Agreement IS LISTED ON