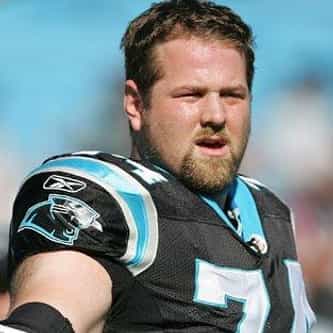 Geoffrey Isaiah "Geoff" Schwartz (born July 11, 1986) is a former American football offensive guard in the National Football League and author. He was drafted by the Carolina Panthers in the seventh round of the 2008 NFL Draft, and played for them from 2008-11. He has also played for the Minnesota Vikings, Kansas City Chiefs, New York Giants and Detroit Lions. Schwartz played college football at the University of Oregon, for the Oregon Ducks. He started for three years at right ... more on Wikipedia

Geoff Schwartz IS LISTED ON