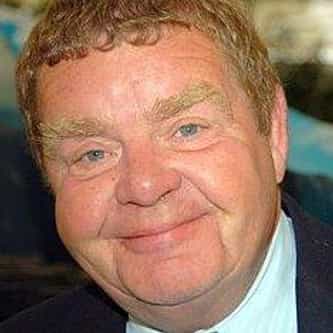 Geoffrey Hughes DL (2 February 1944 – 27 July 2012) was an English actor. Hughes provided the voice of Paul McCartney in the animated film Yellow Submarine (1968), and rose to fame for portraying much-loved binman Eddie Yeats in the long-running British soap opera Coronation Street from 1974 to 1983, making a return to the show in 1987. However, he is best known for playing loveable slob Onslow in the British sitcom Keeping Up Appearances (1990–95). Later, he appeared in the sitcom The ... more on Wikipedia

Geoffrey Hughes IS LISTED ON