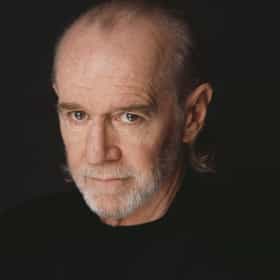 George Denis Patrick Carlin (May 12, 1937 – June 22, 2008) was an American stand-up comedian, actor, author, and social critic. He was known for his black comedy and reflections on politics, the English language, psychology, religion, and various taboo subjects. He and his "seven dirty words" comedy routine were central to the 1978 U.S. Supreme Court case F.C.C. v. Pacifica Foundation, in which a 5–4 decision affirmed the government's power to regulate indecent material on the public airwaves. Widely regarded as one of the most important and influential American stand-up comics of all time, Carlin was dubbed by one newspaper to be "the dean of counterculture ... more on Wikipedia

George Carlin is ranked on...

George Carlin is also found on...