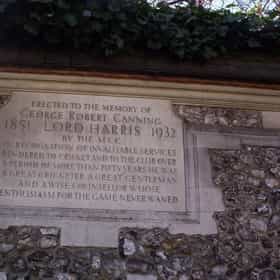 Colonel George Robert Canning Harris, 4th Baron Harris, (3 February 1851 – 24 March 1932), generally known as Lord Harris, was a British colonial administrator and Governor of Bombay. He was also an English amateur cricketer, mainly active from 1870 to 1889, who played for Kent and England as captain of both teams. He had a political career from 1885 to 1900 and was for much of his life a highly influential figure in cricket administration through the offices he held with Marylebone Cricket Club (MCC). ... more on Wikipedia