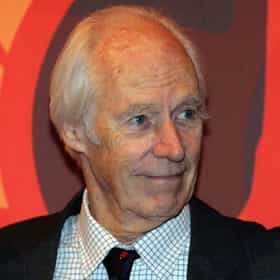 Sir George Henry Martin, (3 January 1926 – 8 March 2016) was an English record producer, arranger, composer, conductor, audio engineer, and musician. He was referred to as the "Fifth Beatle" in reference to his extensive involvement on each of the Beatles' original albums. Paul McCartney said upon Martin's death, "If anyone earned the title of the fifth Beatle, it was George".Martin's career spanned more than six decades of work in music, film, television and live performance. Before working with the Beatles and other pop musicians, he produced comedy and novelty records in the early 1950s, working with Peter Sellers, Spike Milligan and Bernard Cribbins, among ... more on Wikipedia

George Martin is ranked on...

#1 of 12 Who Should Be The Fifth Beatle? 133 VOTES For as long as the Beatles have been in the spotlight, there has been talk of a fifth Beatle among fans, critics, and even t...
#49 of 65 Who Was America's Grandpa in 2015? 3.5k VOTES Grandfathers loom large over America. They teach us how to fish, how to ride a bike, and even how to whittle (depending on h...
Famous People Named George 119.7k VIEWS List of famous people named George, along with photos. How many celebrities named George can you think of? The famous George...
Famous People Who Have Been Knighted 755.4k VIEWS A list of famous people who have been knighted, ranked by fame and popularity by fans of British chivalry like you. Being kn...

George Martin is also found on...