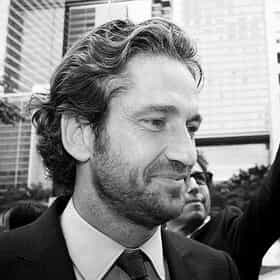 Gerard James Butler (born 13 November 1969) is a Scottish actor, producer, singer and musician. After studying law, Butler turned to acting in the mid-1990s with small roles in productions such as Mrs Brown (1997), the James Bond film Tomorrow Never Dies (1997), and Tale of the Mummy (1998). In 2000, he starred as Dracula in the horror film Dracula 2000 with Christopher Plummer and Jonny Lee Miller. He subsequently played Attila the Hun in the miniseries Attila (2001) and then appeared in the films Reign of Fire with Christian Bale (2002) and Lara Croft: Tomb Raider – The Cradle of Life with Angelina Jolie (2003), before playing André Marek in the adaptation of Michael ... more on Wikipedia

The Best Gerard Butler Movies 8.6k votes Here is a list of the best Gerard Butler movies, ranked best to worst by thousands of fans' votes. Butler has been acting si...
Hottest Pictures of Gerard Butler 9.7k votes He wowed us with his abs in 300 and wooed us in P.S I Love You, now he's making us drool in all of these photos! These are t...
Gerard Butler Loves and Hookups 50k views Who is Gerard Butler dating? Many famous women have dated Gerard Butler, and this list will give you more details about thes...

Gerard Butler is ranked on...

Gerard Butler is also found on...