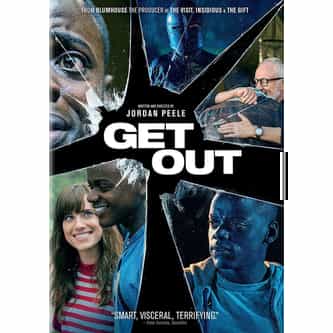 Get Out is a 2017 American horror film directed by Jordan Peele. A young African-American (Daniel Kaluuya) visits his white girlfriend's parents for the weekend, where his simmering uneasiness about their reception of him eventually reaches a boiling point. ... more on Wikipedia

lists about Get Out

251.6k readers Things You Didn't Know About The Making Of Jordan Peele's 'Get Out'

669 votes What to Watch If You Loved Get Out

Get Out IS LISTED ON