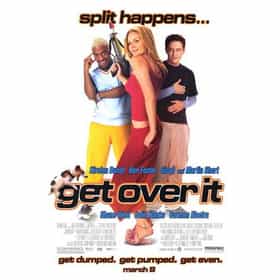 Get Over It is a 2001 American teen comedy loosely based on William Shakespeare's A Midsummer Night's Dream about a high school senior who desperately tries to win back his ex-girlfriend by joining the school play she and her new boyfriend are performing in, against the advice of friends. The film was directed by Tommy O'Haver for Miramax Films and written by R. Lee Fleming, Jr.. The film stars Ben Foster, Kirsten Dunst, Melissa Sagemiller, Mila Kunis, Sisqó, Colin Hanks, Shane West, and Martin Short. ... more on Wikipedia

Get Over It is ranked on...

Get Over It is also found on...