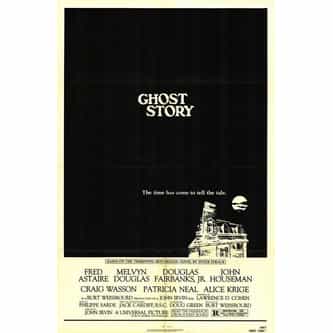 Ghost Story is a 1981 American horror film directed by John Irvin and based on the 1979 book of the same name by Peter Straub. It stars Fred Astaire, Melvyn Douglas, Douglas Fairbanks, Jr., John Houseman and Craig Wasson. It was the last film to feature Astaire, Fairbanks, and Douglas, and the first film to feature Michael O'Neill. The film was shot in Woodstock, Vermont, Saratoga Springs, New York and at Stetson University in DeLand, Florida. ... more on Wikipedia

The Legend of Hell House

Ghost Story IS LISTED ON