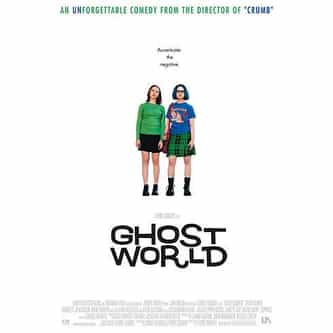 Tagline
Accentuate the negative.
They're high school graduates
and the world's got hell to pay!

Ghost World is a 2001 American comedy-drama film directed by Terry Zwigoff, based on the comic book of the same name by Daniel Clowes, with a screenplay cowritten by Daniel Clowes and Terry Zwigoff. The story focuses on the lives of Enid and Rebecca, two teenage outsiders in an unnamed American city. The film was released with limited box-office success. It was well received by film critics. ... more on Wikipedia

Ghost World IS LISTED ON