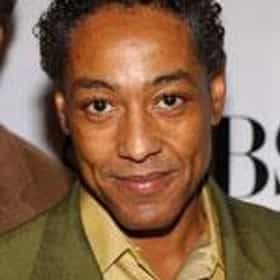 Giancarlo Giuseppe Alessandro Esposito (Italian pronunciation: [dʒaŋˈkarlo dʒuˈzɛppe alesˈsandro eˈspɔːzito]; born April 26, 1958) is an Italian-American actor and director. He has played Gustavo "Gus" Fring on the AMC shows Breaking Bad and Better Call Saul, a role for which he won the Best Supporting Actor in a Drama Series Award at the 2012 Critics' Choice Television Awards and was nominated for an Outstanding Supporting Actor in a Drama Series at the 2012 Primetime Emmy Awards. He is set to star in the upcoming live-action Star Wars series The Mandalorian on Disney+ in 2019. He has appeared in Spike Lee films such as Do the Right Thing, School Daze, and Mo' Better Blues. ... more on Wikipedia

Giancarlo Esposito is ranked on...

#44 of 56 The Greatest Non-White Actors in Hollywood 3.7k VOTES With audiences pushing Hollywood towards increased diversity both on- and off-screen, now is the perfect time to celebrate t...
#50 of 85 The Best African American Actors in Film 32k VOTES From any era and genre, these are the greatest African American actors in film history, ranked by the community to determine...
#75 of 82 The Greatest Actors Who Have Never Won an Emmy (For Acting) 29.4k VOTES What do Steve Carrell, Jerry Seinfeld, and Ed O'Neill have in common? No, it's not fame, fortune, or prestige. (Although t...
#6 of 22 The Best Actors Who Played (Or Voiced) Lex Luthor 109 VOTES Can you imagine what it must feel like to be a diabolical genius when your arch-nemesis is literally the most powerful being...
#17 of 69 2013 TV Awards: Best Actor in a Network Drama 58k VOTES This list of 2013 TV awards is for best actor in a network drama series, so add your picks, please. A slew of great networ...
Biracial Celebrities List 681k VIEWS List of Biracial Celebrities, loosely ranked by fame and popularity. The term biracial or multiracial is applied to people w...
Male Celebrities Who Are 5’7" 21.4k VIEWS This list contains examples of male celebs who are 5'7" loosely ranked by fame and popularity. Only a couple of inches ...

Giancarlo Esposito is also found on...