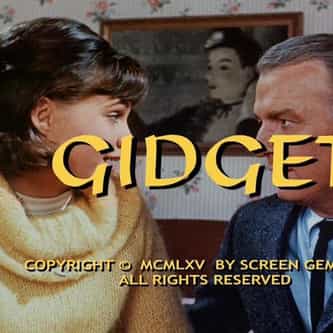 Gidget is an American sitcom about a surfing, boy-crazy teenager called "Gidget" and her widowed father Russ Lawrence, a UCLA professor. Sally Field stars as Gidget with Don Porter as father Russell Lawrence. The series was first broadcast on ABC from September 15, 1965 to April 21, 1966. Gidget was among the first regularly scheduled color programs on ABC, but did poorly in the Nielsen ratings and was cancelled at the end of its first season. ... more on Wikipedia

Studio 60 on the Sunset Strip

Gidget IS LISTED ON