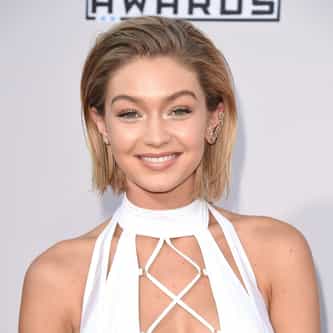 Jelena Noura "Gigi" Hadid (born April 23, 1995) is an American model. She was signed to IMG Models in 2013. In November 2014, Hadid made her debut in the Top 50 Models ranking at Models.com. In 2016, she was named International Model of the Year by the British Fashion Council. On July 15, 2014, she starred alongside actor and model Patrick Schwarzenegger in fashion designer Tom Ford's Eyewear autumn/winter campaign. Hadid and her sister, Bella, started off the Spring/Summer ... more on Wikipedia

37.9k readers Everything Known About The Hadid Family - Especially Bella And Gigi Hadid

Gigi Hadid IS LISTED ON