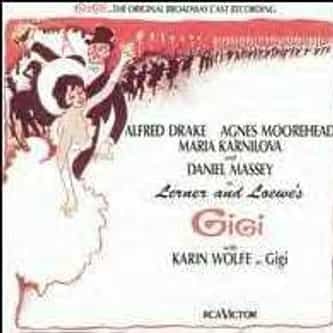 Gigi is a musical with a book and lyrics by Alan Jay Lerner and music by Frederick Loewe. It is based on the novella Gigi by Colette and 1958 hit musical film of the same name. The story concerns Gigi, a free-spirited teenaged girl living in Paris at the turn of the 20th century. She is being groomed as a courtesan in her family's tradition. Before she is deemed ready for her social debut, she encounters the bon vivant bachelor Gaston Lachaille, whom she captivates as she is transformed ... more on Wikipedia

Gigi IS LISTED ON