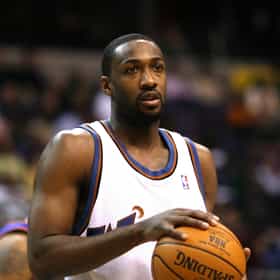 Gilbert Jay Arenas Jr. (; born January 6, 1982) is an American former professional basketball player. Arenas attended Grant High School in the Valley Glen district of Los Angeles, and accepted a scholarship offer to the University of Arizona late in his junior year. He entered the 2001 NBA draft and was selected in the second round (31st pick) by the Golden State Warriors. Arenas is a three-time NBA All-Star, three-time member of the All-NBA Teams, and was voted the NBA Most Improved Player in the 2002–03 season. Arenas was most often nicknamed "Agent Zero", due to his former jersey number and his clutch shot-making ability, but has increasingly been referred to as ... more on Wikipedia

Gilbert Arenas is ranked on...

Gilbert Arenas is also found on...