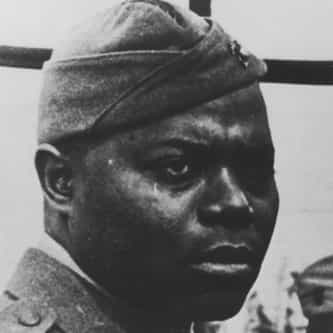 Sergeant Major Gilbert "Hashmark" Johnson (October 30, 1905 – August 5, 1972) was one of the first African Americans to enlist in the United States Marine Corps, and one of the first African American drill instructors in the U.S. Marine Corps. Johnson was known as “Hashmark” because he had more service stripes than rank stripes. He retired in 1959 after 32 years of service in the U.S. armed forces, including 17 years as a Marine. ... more on Wikipedia