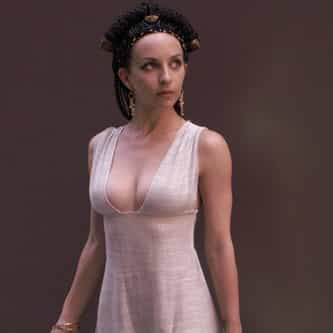 Ginny McQueen, also known as "g-chan" in cosplay world, is a cosplay model who makes her own costumes and has been cosplaying since 1998. Her first convention was Otakon 1998 where she wore a costume from Gunsmith Cats. Since then she has been featured in magazines, websites, and on MTV. She has also been a guest of numerous conventions both in the U.S. and abroad. McQueen is known for the attention to detail her costumes show, and her modeling of the costumes she creates. ... more on Wikipedia

Ginny McQueen IS LISTED ON