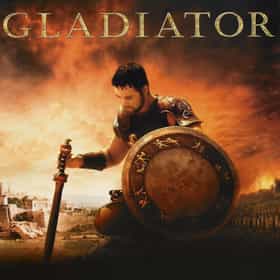 Gladiator Might Be One of The Most Historically Inaccurate Movies Ever 113.8k views The writers and directors of Gladiator would probably flunk a history class. Though the film is enjoyable, ridiculously popu...
The Bizarre Sequel To 'Gladiator' That Almost Got Made 214 votes When it hit the big screen in 2000, Ridley Scott's Gladiator was a phenomenon. Starring Russell Crowe as Maximus, it was bot...

Gladiator is ranked on...

Gladiator is also found on...