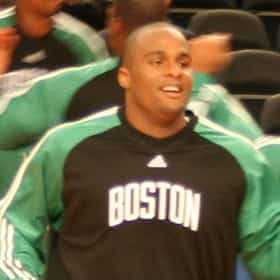 Ronald Glen "Big Baby" Davis (born January 1, 1986) is an American professional basketball player for the St. John's Edge of the National Basketball League of Canada. He played for the Boston Celtics, Orlando Magic and Los Angeles Clippers in the National Basketball Association (NBA). After playing college basketball with LSU, Davis was selected by the Seattle SuperSonics with the 35th overall pick in the 2007 NBA draft. Shortly thereafter, he was traded to the Boston Celtics, with whom he won the 2008 NBA Finals. ... more on Wikipedia

Glen Davis is ranked on...

Glen Davis is also found on...