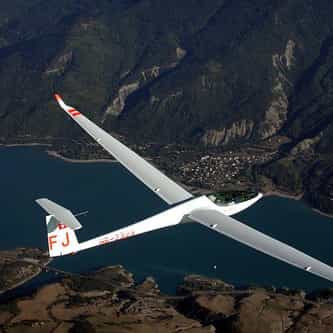 Unpowered aircraft are a group of aerial vehicles that can fly without onboard propulsion. They can be classified as Glider aircraft, balloons and kites. In this instance, 'flight' means a trajectory that is not merely a vertical descent such as a parachute. In the case of kites, the flight is obtained by tethering to a fixed or moving object, perhaps another kite. In the case of balloons, the flight is free but there is little directional control. The remainder of this group are the ... more on Wikipedia

Unpowered aircraft IS LISTED ON

659.6k VIEWS Types of Chairs
List of All Glider Types

best sports anime, most beautiful places to live in the us, supernatural board game, arkham origins boss fight, does haddonfield illinois exist, biggest bridge in us, beetle that looks like a bee, anime little boy, famous cities in alabama, most beautiful buildings