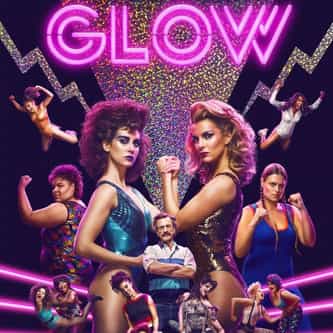 GLOW (Netflix, 2017) is an American comedy-drama television series created by Liz Flahive and Carly Mensch. Set in 1980s Los Angeles, Ruth Wilder (Alison Brie), a struggling actress, receives an invitation for an audition along with 12 other women in a fledgling professional wrestling promotion called the Gorgeous Ladies of Wrestling (GLOW). ... more on Wikipedia

14.4k readers The True Story Behind GLOW, The Groundbreaking Women's Wrestling Show From The '80s

52 votes The Best Episodes of 'GLOW'

GLOW IS LISTED ON