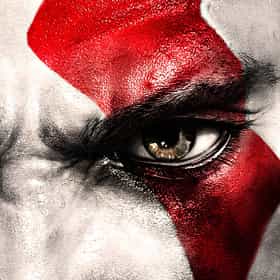 God of War is a third-person action-adventure video game developed by Santa Monica Studio and published by Sony Computer Entertainment. First released on March 22, 2005, for the PlayStation 2 console, it is the first installment in the series of the same name and the third chronologically. Loosely based on Greek mythology, it is set in ancient Greece with vengeance as its central motif. The player controls the protagonist Kratos, a Spartan warrior who serves the Olympian Gods. The goddess Athena tasks Kratos with killing Ares, the God of War, who tricked Kratos into killing his own wife and child. As Ares besieges Athens out of hatred for Athena, Kratos embarks on a quest to find the ... more on Wikipedia

lists about God of War

God of War II
This 'God of War' Art Director's Remastered 'Super Smash Bros. Ultimate' Fan Art Is a Must-See 1k votes Over the years, the Super Smash Bros. series has become something more than a simple love letter to Nintendo. What once star...
'God Of War' Fan Theories 1.3k votes God of War is undeniably one of the best games of 2018, and excitement is already building for the sequel. With the develope...
List of All God Of War Characters 2.2k votes List of all God of War characters, ranked by their popularity among fans of the game. Who is your favorite character from Go...
Which Mythology Should God of War Take On Next? 1.1k votes Kratos, professional angry man and the god of war himself, returns this week with a son, a beard, and a whole new pantheon o...
The Mightiest Quotes From The 'God of War’ Franchise 102 votes From epic one-liners to terrifying tirades and more, we're ranking the best God of War quotes throughout the entire series. ...

God of War is also found on...