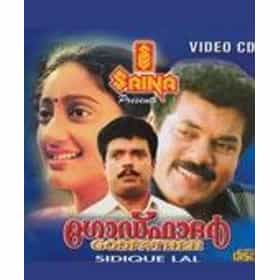 Godfather is a 1991 Indian Malayalam comedy-Drama film written and directed by Siddique-Lal and produced by Swargachitra Appachan. The film stars an ensemble cast consisting of N. N. Pillai, Thilakan, Mukesh, Kanaka, Jagadish, Innocent, Philomina, Siddique, K. P. A. C. Lalitha, Sankaradi, and Bheeman Raghu. It was one of the highest grossing Malayalam film of 1991. It won the Kerala State Film Award for Best Popular Film. The film was remade into Telugu as Peddarikam directed A. M. Rathnam starring Jagapati Babu and Sukanya. In 2004, Priyadarshan remade the film in Hindi as Hulchul. It was also remade in Kannada as Pandavaru with Jaggesh and Ramkumar. ... more on Wikipedia

Godfather is ranked on...

Godfather is also found on...