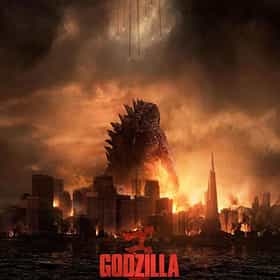 Godzilla is a 2014 American science fiction monster film directed by Gareth Edwards. It is a reboot of the Godzilla film franchise and retells the origins of Godzilla in contemporary times as a "terrifying force of nature". The film is set mostly in the present day, fifteen years after a discovery that leads to the awakening of two giant radiation-eating creatures, known as "MUTOs", who in turn awaken a much larger and more destructive, ancient prehistoric alpha predator known as "Godzilla", whose existence has been kept secret by the U.S. government since 1954. It stars Aaron Taylor-Johnson, Ken Watanabe, Elizabeth Olsen, Juliette Binoche, Sally Hawkins, ... more on Wikipedia

Godzilla is ranked on...

Godzilla is also found on...