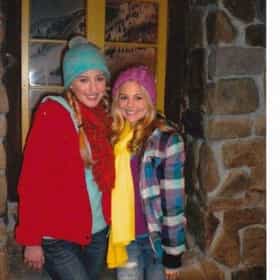 Good Luck Charlie is an American sitcom that originally aired on Disney Channel from April 4, 2010 to February 16, 2014. The series' creators, Phil Baker and Drew Vaupen, wanted to create a program that would appeal to entire families, not just children. It focuses on the Duncan family of Denver as they adjust to the births of their fourth and fifth children, Charlotte "Charlie" and Toby. In each episode, Teddy Duncan adds to a video diary that contains advice for Charlie about their family and life as a teenager. Teddy tries to show Charlie what she might go through when she is older for future reference. Each video diary ends with Teddy saying the eponymous phrase, ... more on Wikipedia

Good Luck Charlie is ranked on...