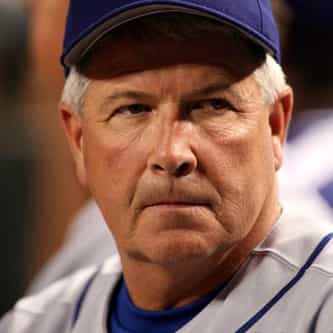 William Grady Little (born March 30, 1950) is a former manager in Major League Baseball, currently working in the front office of the Pittsburgh Pirates. He managed the Boston Red Sox from 2002 to 2003 and the Los Angeles Dodgers from 2006 to 2007. He was inducted into the Kinston, North Carolina, Professional Baseball Hall of Fame in 2001, Charlotte Baseball Hall of Fame 1985 and was inducted into the Hagerstown Suns Hall of Fame on April 13, 2009. In his second season with the Red Sox, ... more on Wikipedia

Grady Little IS LISTED ON