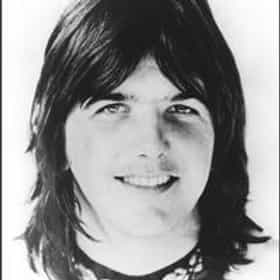 Ingram Cecil Connor III (November 5, 1946 – September 19, 1973), known professionally as Gram Parsons, was an American singer, songwriter, guitarist and pianist. Parsons is best known for his work with the Byrds and Flying Burrito Brothers. He also popularized what he called "Cosmic American Music", a hybrid of country, rhythm and blues, soul, folk, and rock. He recorded as a solo artist and with the International Submarine Band, the Byrds and the Flying Burrito Brothers. His relatively short career was described by AllMusic as "enormously influential" for country and rock, "blending the two genres to the point that they became indistinguishable from each ... more on Wikipedia

Gram Parsons is ranked on...

#852 of 2,211 People who voted for Gram Parsons... also upvote James Bond Franchise on Every James Bond Movie, Ranked Best to Worst also upvote 12 Angry Men on The Best Movies of All Time The Best Rock Bands of All Time 3.3M VOTES Update: Follow Ranker's official New Rock 2020 playlist on Spotify! There are thousands of rock bands that have ...
#426 of 2,175 The Greatest Musical Artists of All Time 13.4M VOTES When VH1 polled fellow artists to name the greatest artists of all time, it seemed like a good idea---but in reality, the li...
#210 of 284 Musicians Who Belong in the Rock and Roll Hall of Fame 427.7k VOTES Update: the Rock and Roll Hall of Fame has listened to your feedback and inducted a number of artists on this list sinc...
#356 of 844 People who voted for Gram Parsons... also upvote The Doors on The Greatest Albums of All Time These Poetic Geniuses Wrote Your Favorite Songs of All Time 361.3k VOTES If you ask anyone who has ever tried, it's tough to write one song, nevertheless a batch to be considered a songwriter. Add ...
#52 of 199 Rock Stars Whose Deaths Were The Most Untimely 272.1k VOTES Dead rock stars, ranked in order of how much potential great music was lost to this world by their untimely passing. Th...
#132 of 230 The Greatest Rock Songwriters of All Time 255.7k VOTES The greatest rock songwriters of all time have a lot in common. Firstly, they are some of the biggest names in rock music hi...
#40 of 153 People who voted for Gram Parsons... also upvote Alien Franchise on The Greatest Horror Films of All Time also upvote Romero Zombie Delete on The Greatest Horror Films of All Time The Greatest Musicians Who Died Before 40 64.7k VOTES   Some of the best musicians in history only lived for a few short decades. This list ranks those musicians whose live...
#27 of 327 The Best Americana Bands & Artists of All Time 19.3k VOTES Americana artists are by nature are traditionalist American musicians who infuse roots music - which includes elements of ro...
#22 of 180 The Best Country Rock Bands and Artists 37.3k VOTES On the surface, the definition of country rock should be relatively simple. When people think of country rock music and coun...
Kids of Dead Musicians: How Are They Doing Today? 727.4k VIEWS Music can transform the soul and the musicians who write, produce, sing, and play our favorite songs can feel like a best ...
Country Singers Who Died Young 27.5k VIEWS Musicians often pass at a young age and, unfortunately, there are many country singers who died young. Various accidents and...

Gram Parsons is also found on...