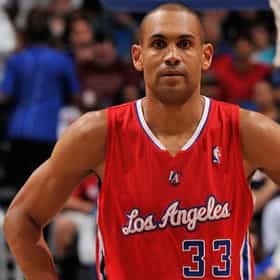 Grant Henry Hill (born October 5, 1972) is a former American professional basketball player and current Hudl videographer for Orlando City SC. He is also currently a host of NBA TV's NBA Inside Stuff. Hill played for four teams in his professional career in the National Basketball Association (NBA); the Detroit Pistons, Orlando Magic, Phoenix Suns, and Los Angeles Clippers. Hill's parents are retired NFL Pro Bowl running back Calvin Hill and Janet Hill. He and his father were Rookies of the Year in their respective sports; Hill in the NBA in 1995 (shared with Jason Kidd), and his father in the NFL with the Dallas Cowboys in 1969. While playing college basketball at Duke, he was the ... more on Wikipedia

Grant Hill is ranked on...

Grant Hill is also found on...