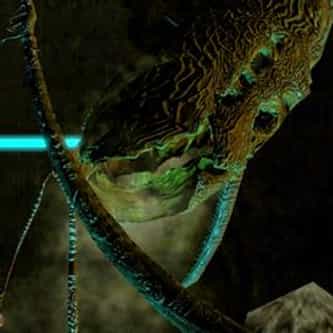 The Gravemind is a parasitic, hive mind intelligence in the Halo universe. While only one Gravemind is ever seen in the games, the title is given to the final stage of Flood evolution, in which the Flood becomes a superorganism. The Flood is a highly-infectious parasite which is released several times during Halo '​s story. The Chief and the Arbiter are captured during their separate missions on Delta Halo, or Installation 05, by a Gravemind, which resides in the bowels of the ancient ... more on Wikipedia

Gravemind IS LISTED ON