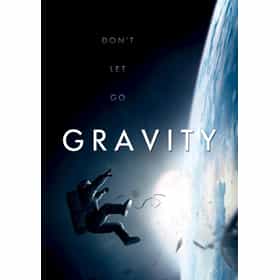 Gravity is a 2013 science fiction thriller film directed, co-written, and produced by Alfonso Cuarón. It stars Sandra Bullock and George Clooney as astronauts, and sees them stranded in space after the mid-orbit destruction of their space shuttle and their subsequent attempt to return to Earth. Cuarón wrote the screenplay with his son Jonás and attempted to develop the film at Universal Pictures. The rights were sold to Warner Bros. Pictures, where the project eventually found traction. David Heyman, who previously worked with Cuarón on Harry Potter and the Prisoner of Azkaban, produced the film with him. Gravity was produced entirely in the UK, where the ... more on Wikipedia

Gravity is ranked on...

Gravity is also found on...

Every Oscar Winning Film Ever Movies Distributed by Magnolia Pictures