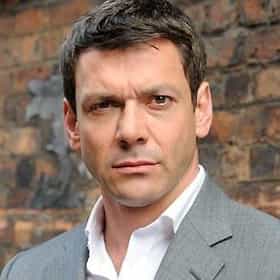 Gray O'Brien (born Gerard O'Brien, 11 August 1968) is a Scottish television and film actor, best known for his portrayal of the villainous Weatherfield businessman Tony Gordon in the popular ITV soap opera Coronation Street from 2007–10, and as Dr. Richard McCaig on the BBC medical drama Casualty from 1996-98.O'Brien was born in Glasgow, the 2nd youngest of seven children, and is a graduate of the Royal Scottish Academy of Music and Drama. Resident for a time in Cumbernauld, he has appeared in many television productions, including Taggart, Peak Practice, River City (as serial womaniser Billy Davies), and the 2007 Doctor Who Christmas special, "Voyage of the Damned". He ... more on Wikipedia

Gray O'Brien is ranked on...

Famous People Whose Last Name Is O'Brien 3.4k VIEWS Being a fairly common name, it's no surprise there are a lot of famous people with the last name O'Brien. Do you recognize a...

Gray O'Brien is also found on...